Andrew McCarthy has been well and truly back in the public eye in recent weeks. One of the original Brat Packers, McCarthy has written a memoir about his time in the Brat Pack which provides a fascinating insight into the iconic 80s era. Pre sales for the novel have been through the roof around the world, and even australian online casino sites would struggle to compete with … END_OF_DOCUMENT_TOKEN_TO_BE_REPLACED

If you are an 80’s film buff, chances are you can name every character in the Breakfast Club, where the actors are now and the name of their children. Some people can even quote whole scenes from the iconic film that brought the Brat Pack together in a high school library that changed the course of their lives. However, very few people know the details of what went on … END_OF_DOCUMENT_TOKEN_TO_BE_REPLACED

Not many movies take fifty times their production budget at the box office, but that statistic alone certainly helps to demonstrate the endearing popularity of this mid-1980's teen comedy classic. Even though is an oddball comedy that harks back to perhaps more innocent times, in 2016 the U.S National Film Registry selected it for long term historical preservation. One can only … END_OF_DOCUMENT_TOKEN_TO_BE_REPLACED 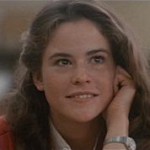 Best known to some as the girl with the robot from Short Circuit, Ally Sheedy starred in the two key Brat pack Movies, The Breakfast Club and St Elmo’s Fire. Her role as the loveable freak Allison in The Breakfast Club showed her ability to tackle even the most difficult of roles and that she wasn’t only the ‘girlfriend’ for the leading man. Ally’s body of work in the … END_OF_DOCUMENT_TOKEN_TO_BE_REPLACED

The pretty boy but also the bad boy of the Brat Pack, Rob Lowe was the 80's pin up. Although he became best known for his sex tape, Rob had a string of big hits in the 80's including The Outsiders, Class, St Elmo's Fire and Youngblood. He relaunched his career playing Sam in The West Wing and has gone one to make a couple of major movies as well as treading the boards on the … END_OF_DOCUMENT_TOKEN_TO_BE_REPLACED