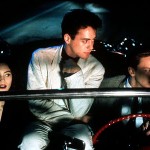 Less Than Zero is the 1987 film based loosely on the novel of the same name by Bret Easton Ellis. Ellis wasn't initially a fan of the film and felt that most of the characters had been miscast, although he did have positive things to say about Robert Downey Jr and James Spader's performances. Andrew McCarthy is Clay, a young man in his first year at college who recently … END_OF_DOCUMENT_TOKEN_TO_BE_REPLACED

Robert John Downey Jr. was born in Greenwich Village, New York City at 1.10 pm. He's the son of underground filmmaker Robert Downey Sr. His first part in a movie was in his father's Pound, where 5-year-old Downey played a puppy. When he was 20 years old, he joined Saturday Night Live for one season. After that, he went to Hollywood. In 1987, he got the leading role in … END_OF_DOCUMENT_TOKEN_TO_BE_REPLACED